As a Chinese person growing up in Singapore, Chinese New Year was the biggest holiday of the year bar none. Christmas? Turkey is too dry. Labor day? I was not old enough to work. In my house, Chinese New Year was a big thing as my family would get together to spring clean and prepare our house for the Chinese New Year festivities. However, as a kid, what I looked forward to most was the Ang Pao (red envelope/red packet) as I was given money on top of my allowance to spend on anything my little heart desired. It was great for 10 year old me, but as I grew older and a bit wiser, I realized that it was really tough for the people who were giving the Ang Paos.

Ang Pao giving is an art and for those who are doing it for the first time, you would have to navigate a laundry list of considerations to avoid major red packet faux pas situations. What traditions to follow, how much to give, who to give it to, the new notes dilemma and how to organize everything. So whether you are totally new to Ang Baos or a Singaporean who needs to start giving Ang Baos this year; here’s everything you need to know about giving Ang Baos in Singapore… 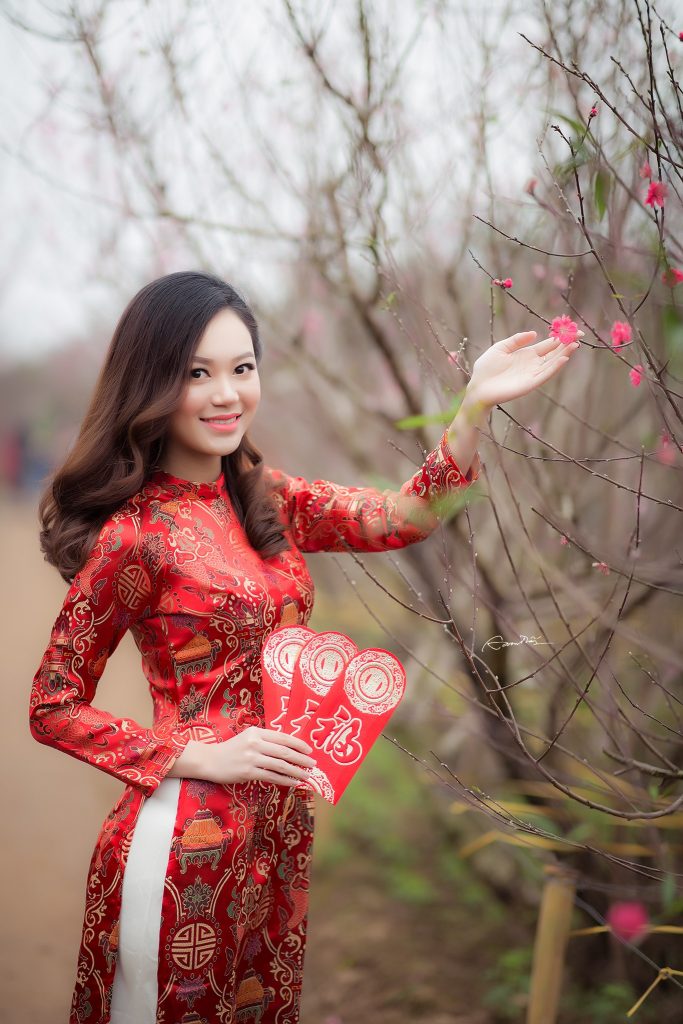 According to Chinese tradition, Ang Bao or red packets are monetary gifts given during special occasions such as weddings, graduations, the birth of a baby and special holidays like Chinese New Year. During Chinese New Year, people would celebrate by visiting their family, relatives, and friends. Traditionally, married couples will give those who are single an Ang Bao as a gesture of their goodwill and as a way to bless the recipients. For some families, the newly married couple are exempted from Ang Bao giving for one year, but it varies from family to family. The use of red is symbolic, as it is the color that represents good fortune and prosperity. In the past, most Ang Baos were mostly red but nowadays, modern Ang Baos can come in colors like pink, yellow and gold.

An important thing to note is that Ang Baos should never ever be white in color as white is associated with mourning in Chinese culture.

When giving Ang Baos, you should avoid giving in denominations ending with the number four, as four (四) sounds like the word for death (死) in Chinese. Instead, the amounts you should be giving should end with the number eight (八) at the back as it sounds like the Chinese word for prospering (发). In addition, the Ang Bao amount should be an even number as the Chinese believe that ‘good things come in pairs.’

How Much to Give or CNY Ang Pao Rates

Your mileage may vary, but ultimately it is up to you. Traditionally, Ang Bao giving is a goodwill gesture with no strict rates to follow (Wedding Ang Baos are another story). How much you plan to give is dependent on the relationship you have with the recipient. You are more than welcome to make it rain if you can afford it but there’s no obligation to strain your finances when giving out Ang Baos. Just remember to follow the guidelines in the previous point and you’re good to go.

Who to Give it to

Traditionally, Ang Baos are given to children or family, relatives or friends who are single. However, there are no strict restrictions to this as Ang Baos are all about goodwill. Nobody will stop you from giving out Ang Baos. Personally, I find that it is a great time to show some appreciation and love to those around you. It could be the bus auntie who greets you in the morning, the kindly uncle who always asks whether you have eaten or the foreign workers who work so hard to build our city. Go forth and spread the love!

Do I Really Need New Notes for CNY Ang Baos

In Chinese culture, new things have a lot of value. This is why you’ll notice that during Chinese New Year, many people will be sporting new clothes.  They will also give their houses a thorough spring cleaning before the festivities in order to sweep out the old and embrace the new.

This love for all things new applies to Ang Bao notes as well. The money you give should be like a new fried chicken store; new and crispy.

Here’s are the banks that are offering fresh new notes.

Maybank has pre-packed Fortune Bundles (comprising 30 pieces of S$10 and 100 pieces of S$2 notes) which you can easily get at our branches. Just “Scan & Pay” the PayNow QR code displayed on the poster at the dedicated branch counter. Do remember to check the link for the availability of these notes on their site before you go down.

Similarly, OCBC is offering new notes at their branches. Do check the availability of these notes on their site before you go down.

How to Organize Your Ang Baos to Avoid Embarrassment

Picture this. In order to maintain the appearance of impartiality, you want to use the same Ang Bao packing for all the different amounts you have decided to give to different people in your life. However, wrapping them up with rubber bands to separate them is unsightly. But fret not we are here to help. This stylish Kraft Paper Passport Protector can double up as an Ang Bao holder as it has many compartments for you to separate your Ang Baos for precise Ang Bao distribution. You’ll be glad to know that this protector is also water resistant to protect your Ang Baos. The best part? You can use this on your travels to protect your passport!

Now that you’ve gained a better understanding of Ang Baos, we hope that you are fully prepared to navigate the minefield that is Chinese New Year Ang Bao giving.  Speaking of Ang Baos, we have a bit of an Ang Bao for you! Usher in the year of the pig with these deals from us to you. Don’t just hog them all to yourself, remember to share these deals with your friends as well.